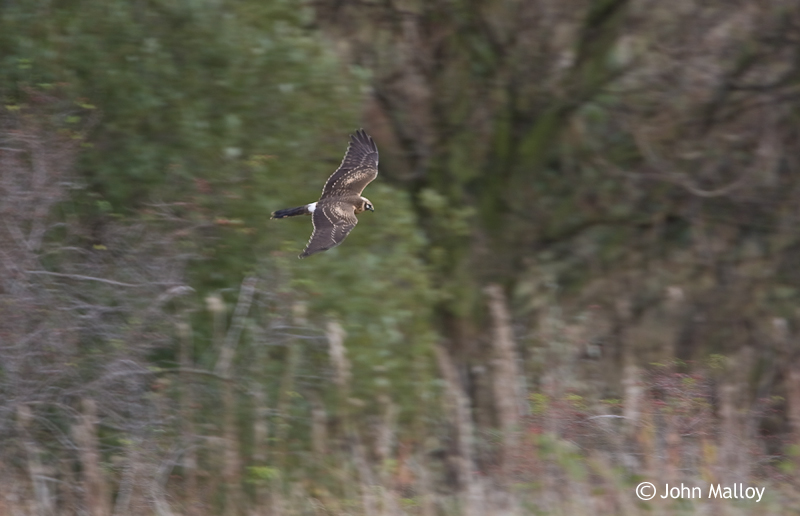 An "end of a week of early shift" was celebrated down the road at Teesside with Phil, catching up with the juv pallid harrier at Dormans Pool.

Only seen twice during our vigil, the first fly through was close but frustratingly quick, while the second was more distant.... though not as distant as the Norfolk bird a few winters' ago. Smashing local bird, could do with one in Northumberland!

With any luck this fab raptor will stick and I'll have another "go"... The image above was the only "uncompletelyoutoffocusbutnotquiteasinfocusasI'dlike" shot...
Posted by John Malloy at 18:19

Looks like you got a better view of it than me! It had taken a little excursion onto the reserve over East Saltholme and then the main drive. Dave Braithwaite got it from his office in the centre! It didn't really show once the wind got up later and went invto roost north end again.